The child has been identified as Julius Manige, the son of Immaculate Kapimpi Kyomugisha hailing from Rukungiri district. Manige was burnt beyond recognition while her mother escaped with severe burns.

Police believes the fire started from a candle that Kyomugisha forgot to blow out as she went to sleep with her child. Ely Maate, the Kigezi Region Police Spokesperson, says the fire also house hold items including clothes, beddings and utensils. 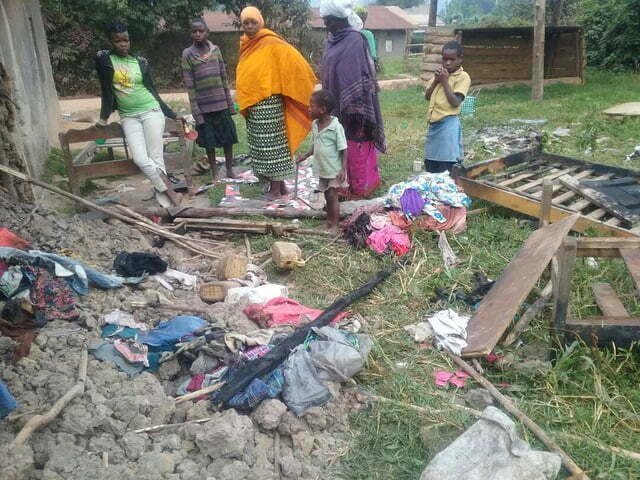 According to Maate, by the time police arrived at the scene, the situation had already gone out of hand. He attributes the incident to negligence, saying Kyomugisha was very drunk when the fire started.

Lillian Kawala, one of the neighbors to Komugisha, says the fire started from a cigarette she was smoking. According to Kawala, Kyomugisha retired to sleep with a cigarette after returning from a drinking spree.

Kyomugisha has not yet commented as she couldn’t speak to our reporter on her hospital bed at Kabale Regional Hospital.