Those disqualified from further medical checkups were found to have several scars on their bodies, missing teeth, and tattoos among others. Some broke down in tears upon the declaration that they were disqualified while others remained firm hoping for a second opinion.

He, however, noted that it is not yet hope lost for those disqualified at this initial stage citing a further medical exercise to be carried out using the lab kits.

According to the UPDF spokesperson Brig. Richard Karemire, the nationwide recruitment exercise looks at recruiting 4,000 soldiers of whom 3,000 will be regular and 1,000 will be professional to serve the different professional arms in the army. The exercise will end on 29th October 2017 in 116 districts of Uganda. 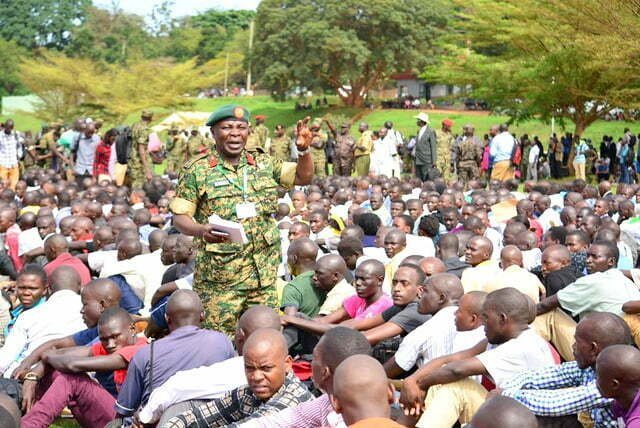 The recruits are further required to be citizens, present a medical examination report, national identity cards, local council recommendation letter, and original copies of their academic papers, three passport size photos among others before being taken through the other physical and medical tests by the recruitment team. They are also supposed to be single with no children.

The UPDF recruitment exercise seeks to address the human resource deficit arising out of the retirement of a similar number of personnel who will be leaving the forces over the next two years. Up to 1700 of these will be retiring in November, this year.