This was in addition to the 18 points he scored in Advanced level examinations. Despite his outstanding performance, Makuei didn’t get government sponsorship. Makuei is just one of the many students who perform very well but miss out on government sponsorship. This publication spoke to several people to establish what it takes to get the get the scholarship.

Francis Twesigawe, the Head Teacher Green Hill Academy told this publication that while Makuei’s performance in the pre-entry exams was outstanding and exciting for the school, they least expected him to be among the 34 students admitted to the law school under government sponsorship.

“I know Daniel he was our student. But if you were able to look at his name he is not a Ugandan. The scholarship is only for Ugandan Students and we have advised him to apply for self-sponsorship at Makerere,” Twesigawe told this publication in a phone interview.

However, John Muhumuza, the Coordinator of Career Guidance in the office of the Academic Registrar at Makerere University, says even Ugandans with good grades miss out because of the choices they make. 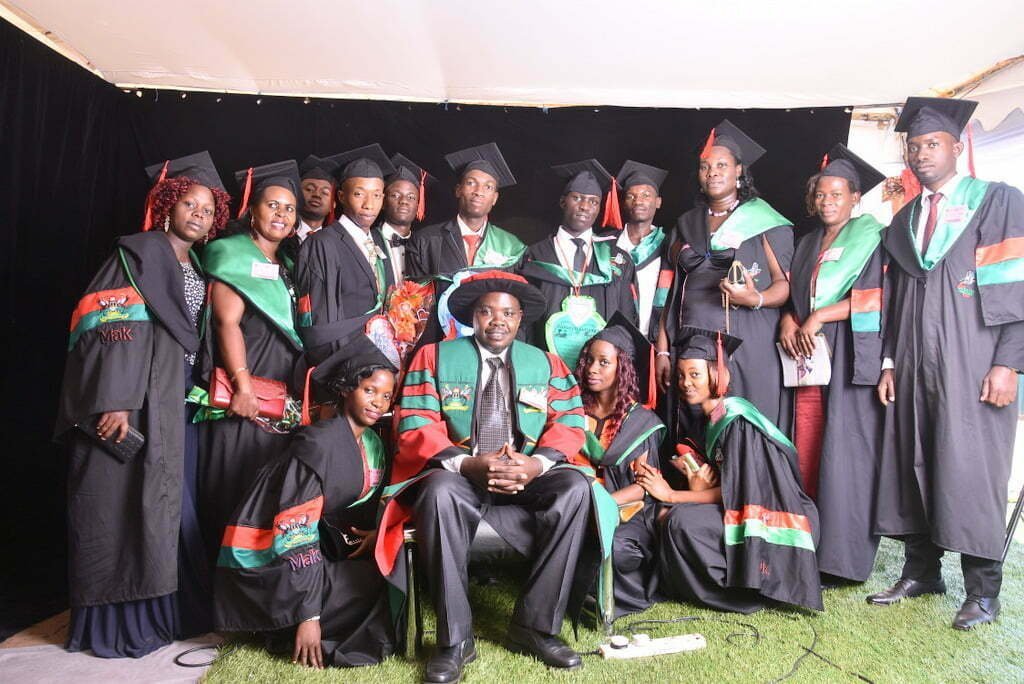 Muhumuza says female and male students who obtain 12 and 13 points respectively and obtain 50 percent in Pre-entry law exams qualify for admission. He however explains that to be admitted on government, one needs to have applied for Law on their admission forms.

“Everybody who is a Ugandan in the country competes for the National merit scholarship. We have courses on National Merit approved by the Ministry of Education and to get them, one must have applied for them through Public Universities Joint Admissions Board-Pujab forms,” Muhumuza said.

Adding that; “Once you don’t fill the forms, you are not entitled even if you are the best student in the country.” According to Muhumuza, there is no circumstance where a non-Ugandan can benefit from the government scholarship schemes unless they falsify their documents.

“You have seen normally, National Merit admissions published in the papers, that is what happens especially after the selection committee has finished selecting. These lists are released to the public and it’s the public’s role to help up us point to those who are Ugandans and those who are not,” Muhumuza said.

According to the Ministry of Education Booklet on Information on Public Universities Admissions in Uganda, each applicant pays Shillings 52, 000 through Bank drafts in the names of Makerere University Council.

A student may apply for a maximum of ten programmes that is six choices for national merit admission and other special schemes such as Talented Sports Persons and Persons with disabilities and another four choices for district quota admission offered at different public universities using the same form.

According to the requirements, the results of students who sat their A’ Level examinations in the previous years are on valid for three days.

All subjects taken at Advanced Level of Educations are grouped into three categories and weighted for purposes of admission against any programme of undergraduate study in the University.

Usually, subjects are grouped as Essential, which carry three weights, Relevant (two weights) and Desirable (One weight). And in no circumstance are more than three subjects at a principal level carry weight of 3, 2, and 1.

In order to qualify for admission to any course, the Essential A’Level subjects for that particular course/ programme the applicant must pass with a Principal Pass.

A pass with a distinction or credit in a subject taken at subsidiary level such as General Paper, Sub-maths or Computer Studies carries one point ranging from getting a D1 to a Credit 6.

Candidates are selected on merit from those who apply for their first choice plus those who apply for the programme as 2nd, 3rd and 4th choice. If they haven’t been admitted to programmes of their earlier choices and all choices are considered. National Merit government sponsorship comprises 75 percent of the 3000 slots available for government sponsorship.

The slots on the programmes are identified as critical for national development and are spread across public universities.