The five-year project that started in 2016 is being piloted on 100 acres of land at the Uganda Green Incubation Centre in Kampiringisa in Mpigi district.

The project is based on the Songhai integrated model that was started over 30 years ago by Professor Fr. Godfrey Nzamujo in Porto-Novo, Benin.

The five billion Shillings project focuses on utilizing the limited available land to carry out integrated agriculture to produce organic products and value addition implemented by the United Nations Development Programme-UNDP in partnership with the Government of Uganda through the Gender, Labour and Social Development Ministry.

Rosa Malongo, the UNDP Country Director, says the introduction of the model to Uganda is part of UNDP’s global mandate as knowledge broker, supporting countries such as Uganda to build partnerships through the South to South Cooperation.

Malongo adds that Songhai is one of the key approaches UNDP Uganda selected to achieve one of its key flagship programmes on Inclusive Green Growth for Poverty Reduction (IGGPR) and support government efforts to achieve the Vision 2040 agenda towards middle income status as well as Agenda 2030 and its 17 Sustainable Development Goals (SDGs).

She notes that the programme is not like any other agricultural programs running in Uganda.

Pius Bigirimana, the Gender Ministry Permanent Secretary, notes that when he visited Benin, he was attracted to the model and thought that it can transform the youth in Uganda and the east and central Africa.

Bigirimana notes that the ministry sent a team of youths to Benin who have since been trained on how the Songhai model works.

He says Kampiringisa is going to be used as a center of excellence where youths from all regions of the country will be going to acquire skills and knowledge. 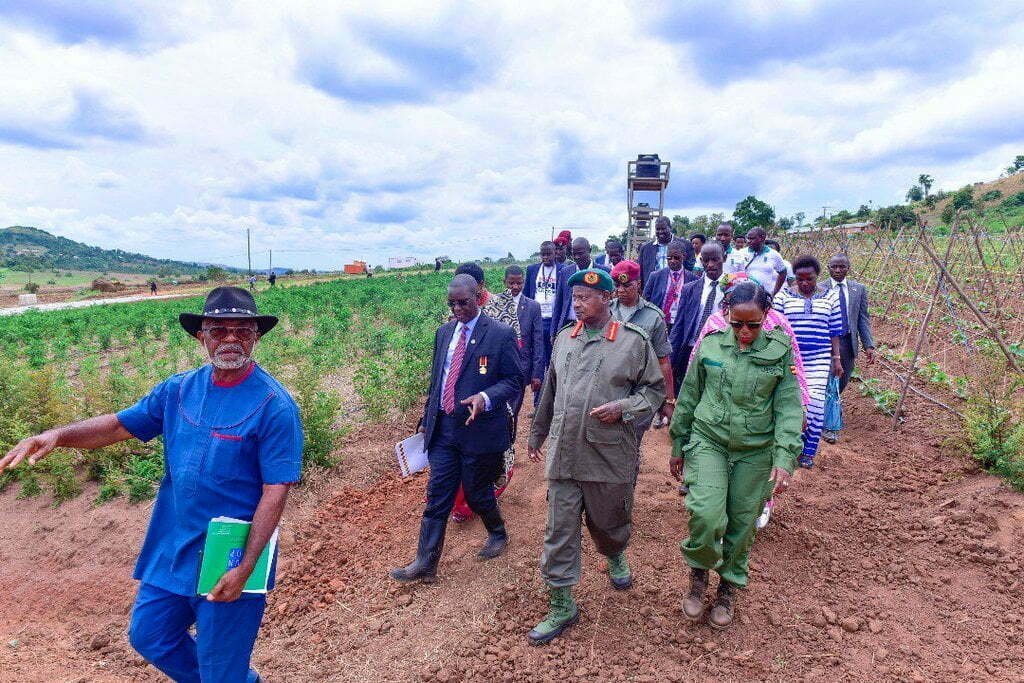 Florence Nakiwala Kiyingi, the Minister of State for Youth and Children Affairs notes that since over 34 percent of the youth under the youth livelihood programme have shown interest in agriculture, the project will enable the ministry to train and build capacity before they invest.

Professor Fr. Godfrey Nzamujo, the founder and director Songhai Initiative, says for years all poverty alleviation projects have focused on treating symptoms leaving Africans to succumb to poverty, unemployment and underemployment simply because residents are no longer capable of generating capacity.

Prof Nzamujo notes that although 84 percent of the arable land in Africa is in Uganda, the country is losing 12 percent of its Gross Domestic Product (GDP) due to land degradation.

He however argues that for Africa to be in the driving seat there is need to equip youths with knowledge and skills for sustainable development.

Prof Nzamujo sees Songhai as the Project of the new African society, adding that its high time Africa as a whole move and look for radical and sustainable pathways to authentic development.

He says that since they have taken unusual steps of closely looking at what presents as a multiple crisis of food insecurity, poverty, difficult demography transition, youth employment and environmental challenges will be history.

The Education and Sports Ministry is set to hire 22,000 primary school teachers in the ……READ MORE

The Government has acknowledged Uganda is experiencing a normal disagreement with neighbors Rwanda, which however ……READ MORE