Abraham Kansiime, a student of bachelor of Automotive and Power Engineering at Kyambogo University has lost his hand after it was shuttered by a teargas canister.

Kansiime sustained serious damage on his right hand when he tried to pick up the canister and haul it back at police officers during a violent student’s protest Thursday morning.

He was rushed to Kyambogo University Medical Centre, which transferred him to Nsambya Hospital for further treatment.

“He is lucky he has been managed early,” a staff at the University Medical Centre told this publication.

Police was called in after students rose up in protest against a new tuition policy requiring them to have cleared tuition by the 12th week of the semester or else get a dead year.

The students threw stones at vehicles damaging windows in the University bus and secretary’s vehicle. They also vandalized window panes in university buildings. 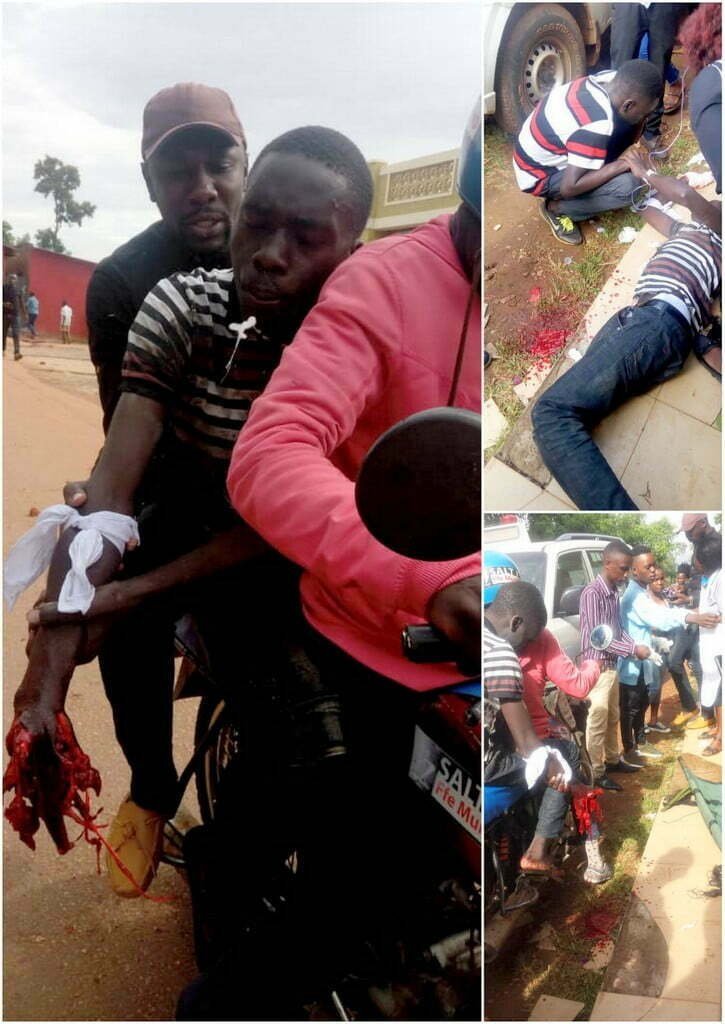 Police fired teargas and live bullets to drive the students outside the university to the neighboring Banda trading center leaving empty classes.

“We want soldiers and police out of Kyambogo University,” the student leader said.

Drought shouldn’t be a surprise for us – Dr. Suruma

The Minister of Education and Sports, Janet Kataaha Museveni has disclosed that she will be ……READ MORE