Police are still struggling to haul a truck that overturned in the middle of Jinja Road after being knocked by a train headed to Mukono early today.

The accident happened at around 5 a.m. when a driver of the truck registration number UBD 932R crossed through the railway line at Access Road (Mukwano Roundabout), moments after the train sounded its set off alarm.

Ashiraf Bukenya, an eye witness and a Boda Boda rider at Mukwano roundabout says that the truck which was fully loaded with maize grains could hardly brake at the time. 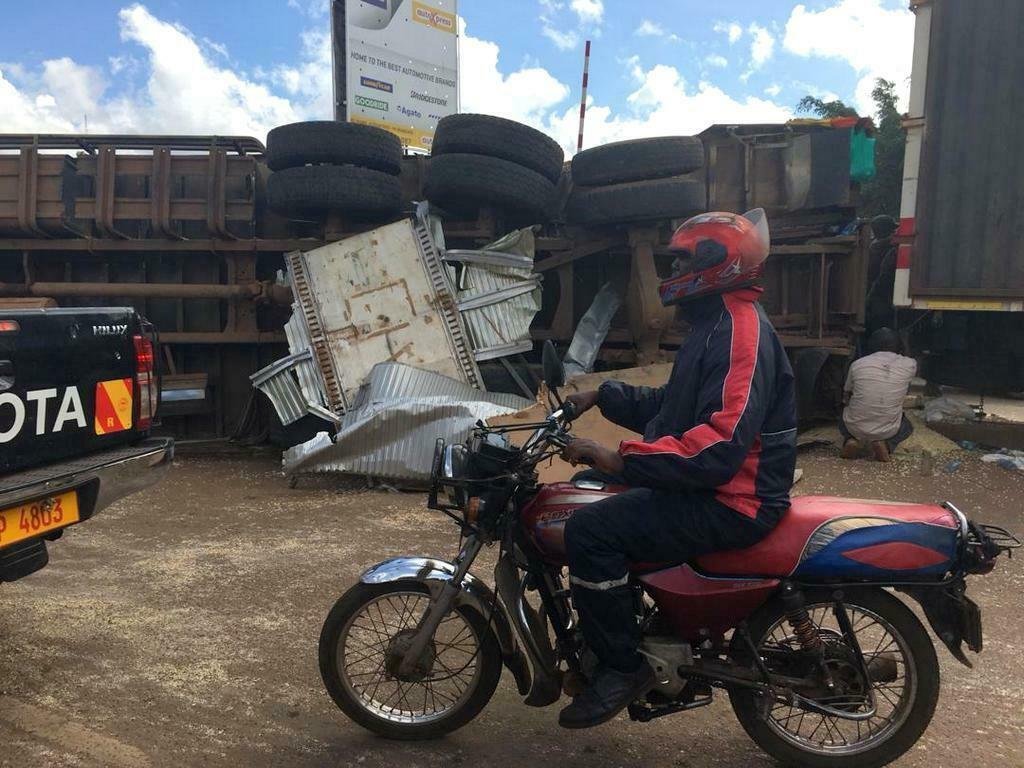 Traffic police spokesperson Charles Ssebambulidde declined to comment on the accident saying the matter is under the railway police management. The accident has paralysed transport on major roads leading to the eastern side of Kampala. 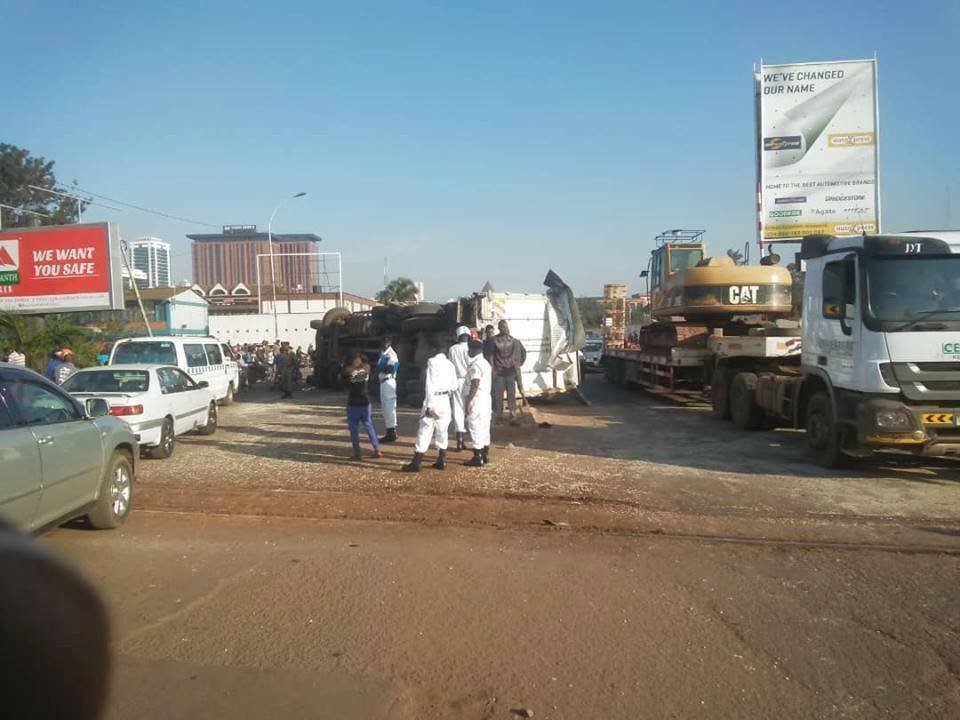 Wilson Talya, the Chairperson of the Mukwano roundabout railway Boda Boda stage attributes the recurrent accidents happening in the same area to reckless driving and poor interpretation of road signs.

Police have the better part of the day trying to remove the truck which has blocked part of the road.

Whose hands were “oiled”?

Teaching hospital to be constructed in Mbarara district

A group of Polish Investors are to build a teaching hospital in Mbarara district. Construction ……READ MORE