Kampala, Uganda | URN | The inaugural flight of Uganda Airlines cost the company up to 120 million shillings.

The airline, on Tuesday 27th morning, made an inaugural flight to Jomo Kenyatta International Airport – JKIA with 74 passengers on board. Among them were three cabinet officials led by the Minister for Works and Transport Monica Ntege Azuba, Uganda Airlines and Civil Aviation officials, tour operators, celebrities and journalists.

The crew had four hostesses and two pilots. Upon arrival at JKIA the officials were welcomed by the Ugandan High Commissioner Phibby Awere Otaala and Jonny Andersen the Chief Executive of Kenya Airports Authority who thanked Government for the revival of the airlines.

A return journey from JKIA costs up to $440 (about 1.62 million shillings), according to the recently advertised rates.

Jennifer Bamutulaki Musiime, the Marketing and Commercial Director of the Airline Company says that the offer to several officials, celebrities and business operators across the country was a way to market the airline to all the people across the region.

He says that the airline spent 120 million shillings for all the passengers on board the maiden flight. 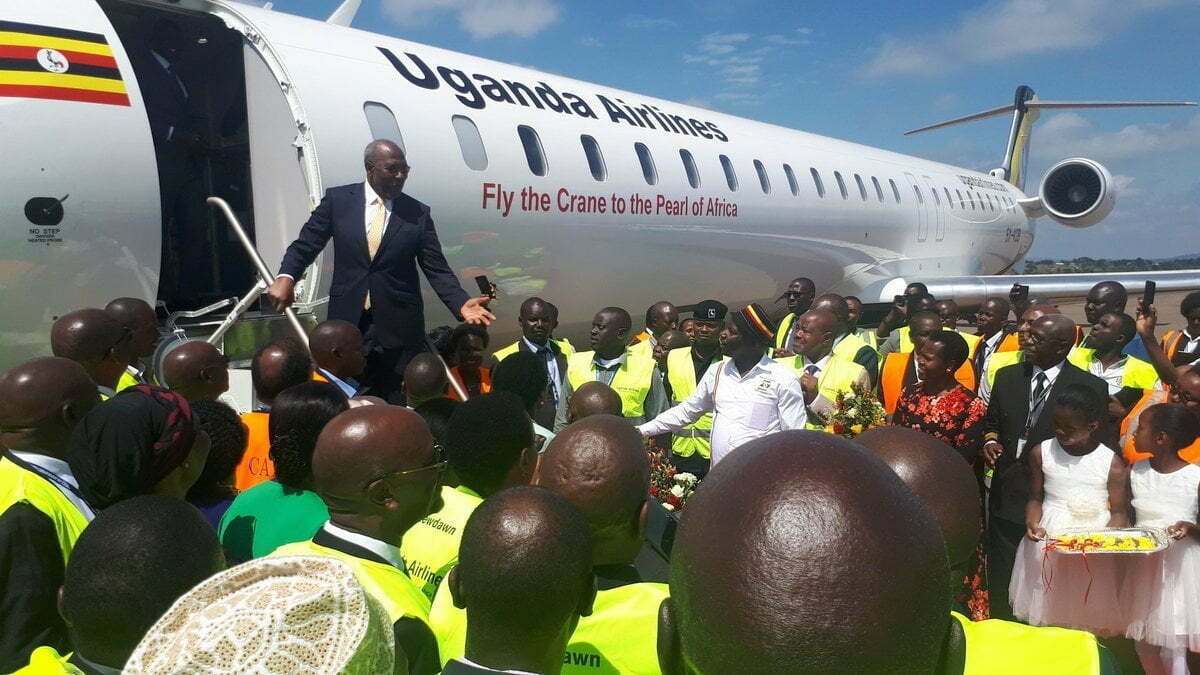 For Instance, Geoffrey Kubinga, a Manager at Emirates, an airline company says it requires between 7,000 to 12,000 litres of fuel to operate a medium-sized aircraft like a Bombardier CRJ 900 from Entebbe International Airport to Kenya.

Earlier, a boarding air ticket of one of the passengers on board emerged handwritten on social media raising criticism of the preparedness of the company to handle commercial flights. The maiden commercial flight for the airline company is expected today August 28th at 6.00 am.

Transport fares hiked on major upcountry routes ahead of Christmas