Ephraim Kizito, a resident of Nabutiti-Kabalagala in the outskirts of Kampala had reportedly accompanied his wife Rosemary Kizito to the court where she is facing charges of assault occasioning actual bodily harm.

The said charges attract a maximum sentence of five years upon conviction. According to the eyewitnesses who preferred anonymity, Kizito fell from a bench as the hearing of the case against his wife was going on in a court presided over by grade two magistrate John Robert Okipi.

He was pronounced dead upon examination moments later. His body was taken to Mulago National Hospital mortuary, where a postmortem is now awaited to confirm the cause of his death. 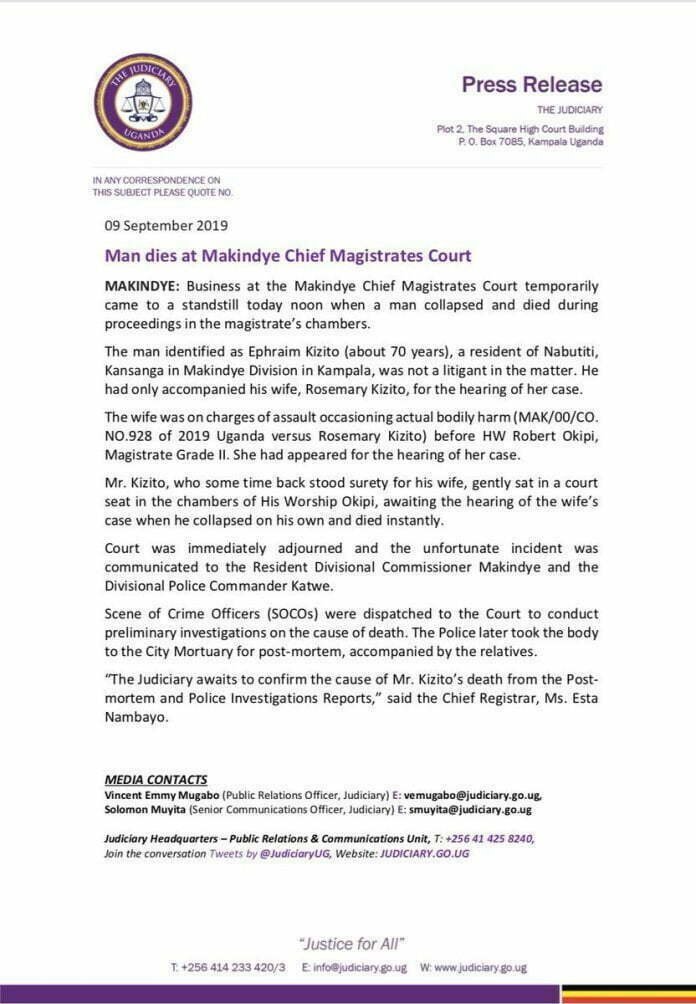 The hearing of the case involving the deceased’s wife was adjourned to September 23, 2019, for further hearing. Kizito recently stood surety for his wife before the same court.