Kampala Capital City Authority (KCCA) officials have urged President Yoweri Museveni to reverse a directive he made in 2017 on reduction of fees paid by taxi owners.

In a November meeting at State House Entebbe, President Museveni ordered a reduction of Kampala commuter taxis fees from 1.44 million to 700,000 Uganda shillings and capped the fees of commuter taxis operating outside Kampala at 500,000 Uganda shillings. It’s agreed that this fee be paid once a year. This directive was supposed to be effected starting January 1, 2018.

Before President Museveni made this directive, taxis in Kampala were paying 120,000 Shillings per month and those outside Kampala paid Uganda shillings 80,000 per month. This fee would add up to 1.44 million and 960,000 shillings respectively.

Sources told this publication that effecting Museveni’s directive has delayed for two months because KCCA officials led acting Deputy Executive Director, Sam Sserunkuma, went back to the president, trying to convince him to reverse the decision.

First, KCCA officials argued that the directive would halve the revenue KCCA had been collecting from taxis. “They told the president that they had projected to collect 26 billion Shillings from taxi operators this financial year and this would reduce to 13 billion Shillings or even less,” the source said.

KCCA officials further told the president that there was a likelihood of taxis operating in Kampala going to register and pay tax from the surrounding local government units, especially in Wakiso and Mukono districts where they would pay a much lesser fee. 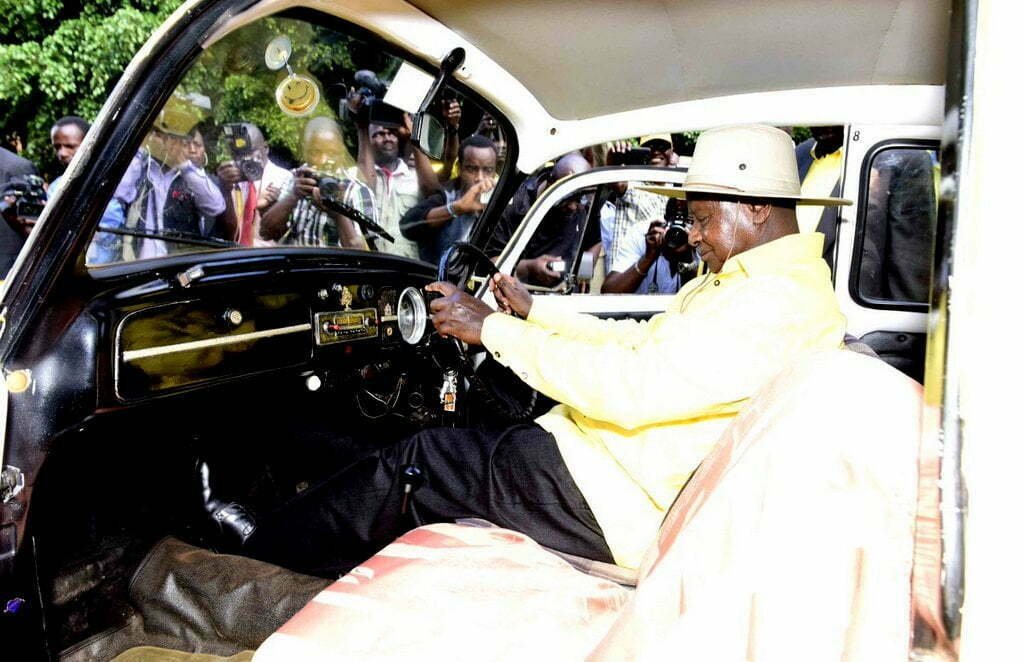 When summoned by Museveni, Mustapha Mayambala, the chairperson of Uganda Transporters Development Agency (UTRADA), told Uganda Radio Network that they rejected KCCA’s demand to return to the charges that they had agreed to abolish.

“We told the president the challenges of trying to raise the fees which are too much. Even tax owners went and met the president and asked him not to change his mind,” Mayambala said.

Muyambala said the president said he would send a team on ground to assess taxi business before calling back KCCA and taxi owners and operators to discuss a way forward.

“The president promised to call us to talk and see whether we can agree a new amount that we shall pay. We cannot start paying when the president has not made a final directive,” Muyambala said.

KCCA’s Sam Sserunkuma did not respond to repeated calls for a comment.