The U.S Ambassador to Uganda, Deborah Malac has said government’s attack on the media is a step in a wrong direction.

Malac, who was on Friday 3rd, May 2019 delivering a keynote address at a World Press Freedom Day national conference at Golf Course Hotel, Kampala said Uganda Communication Commission (UCC)’s recent directives to radios and TVs is indicative that media is under assault for doing its job.

Malac wondered why UCC hastily issued directives without defining sections of broadcasting standards that were allegedly breached by the media houses.

She pointed out other “quite concerning” trends curtailing media freedom in Uganda such as closure of radio stations, hiking levies paid by radios and TVs, and proposal of new regulations. This repression of media, Malac said has a long-lasting effect on media environment in Uganda.

Malac also referred to 2019 World Press Freedom Index where Uganda dropped 8 places–from 117 placing of 2018 to 125–out of 180 states ranked. Such performance and repression, she says send a wrong message to Ugandans. 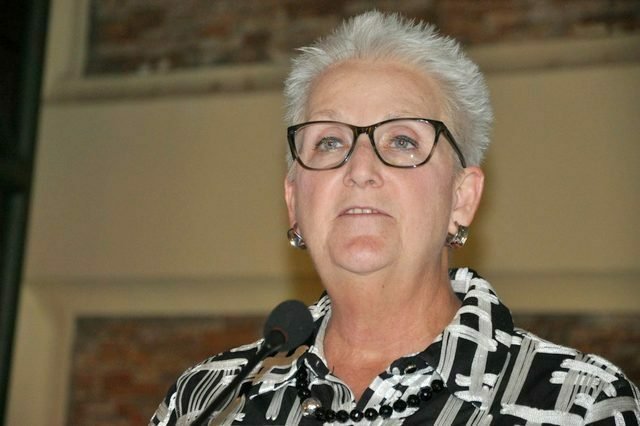 Malac reaffirmed US mission support to promotion of press freedom in Uganda and strengthening organisation of journalists.

“We, of course, must use our collective influence to urge the government to improve its record.

Today, as we have done in the past, the United State strongly urges the Uganda government to take action to protect and defend press freedom and to hold individuals who violate this freedom accountable,” Malac said.

Meanwhile, the European Union has expressed concern over the restriction of freedom of expression of the media and assembly in Uganda.

In their joint release issued on Friday, the European Union note that they are deeply concerned by a series of recent incidents restricting the freedom of expression and assembly in Uganda, in particular, the Uganda Communications Commission (UCC)’s decision to suspend staff of 13 media houses over allegations of breaching minimum broadcasting standards.

“We are also concerned about the excessive use of force by the Uganda police and security forces against peaceful protestors and opposition,” the statement reads.

Joint local statement on restrictions to #freedom of #expression and #assembly in Uganda. https://t.co/B7vjlYaITX pic.twitter.com/OIlMBC7LmP

“We urge the Government to ensure the implementation of all the relevant laws and regulations in a way that allows all Ugandans irrespective of their political affiliations, to exercise fully and without fear, their basic democratic rights enshrined in the constitution,” the statement says.