Uganda has officially become a member of International Council of Organizations for Folklore Festivals and Folk Arts (CIOFF).

This was announced by CIOFF Africa President, Prince Isaac Yamekue from Cameroon on Sunday 23 during the showcasing and filming representatives of Uganda’s Folklore Heritage at Gardens Restaurant in Fort Portal.

CIOFF is an international Non-Governmental Organization (NGO) that partners with United Nations Educational, Scientific and Cultural Organization – UNESCO to safeguard and promote traditional culture and folklore of different parts of the world.

The organization in 2012 initiated a process of inscribing the Empaako tradition as an intangible heritage in need for safeguarding.

In 2013, the tradition was inscribed by the United Nations Educational, Scientific and Cultural Organization, UNESCO during the UNESCO conference held in Baku, Azerbaijan.

During the CIOFF event, Steven Rwagweri, the Executive Director Engabu Za Tooro, was installed as the CIOFF President in Uganda. He will work with Peace Mutuuzo, the State Minister for Gender and Culture, who also selected as government representative on CIOFF. 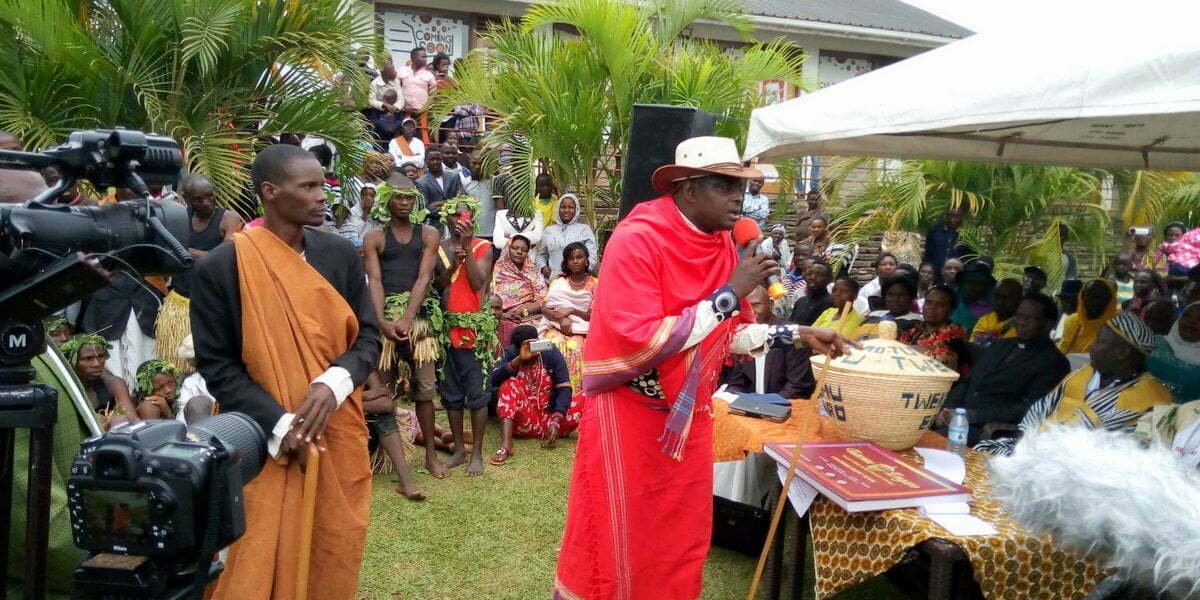 Prince Yamekue appealed to parents to desist from teaching their children other cultures, saying it can lead to extinction of their own cultures.

Mutuuzo, who was the chief guest, asked cultural leaders and elders in Tooro and different parts of the country to put in place an inventory of all cultural properties so that they can be patented.

During the event, different folklore artists showcased their heritage

Started in 1970 by individuals who were passionate about preserving culture CIOFF now has a total of 66 full member countries. Its headquarters are in Confolens, France.

All the member countries are working to preserve traditional art, organize folklore festivals or similar activities as well as unite voluntary organizations, working in the field of dance, music, costumes, customs and ethnography.