When he needed to fuel his motorcycle mid-way the trip, John Baptist Owakubariho, a SafeBoda rider number 694, didn’t have to worry about carrying cash on him.

Instead he took to his SafeBoda app on his phone, tapped on his account and initiated payment for the fuel. In a blink of an eye, he was able to have his tank re-filled and back to on the road, thanks to the SafeBoda e-Wallet dubbed Cashless.

A leading Ugandan Moto-taxi ride hailing service, SafeBoda launched the credit service as one of the payment methods for rides in July 2017. Since then, Owakubariho says he worries not about being stuck on the way, when he hasn’t moved with cash.

He says the cashless transaction has enabled him to save.

Owakubariho says “I longer fear or worry that I will be hacked by thieves on the way because of money. I don’t carry money. I have it on my SafeBoda account.”

The service, which, according to the company is a step towards the cashless economy, is not only another haven for the riders to save their money at no fee but also enables them to access services such as fuel, food and other requirements without cash.

Owakubariho says he doesn’t carry passengers who are not on the app, saying it has its own risks including security. He says he stays all day on the App for trips and earns between Shillings 70,000 to Shs90,000 a day.

He says with the cashless transaction, a rider is able to save with the company and receives money in bulk either after a week or at the end of the month depending on their saving plan.

“It really depends on how you work. If you are hard worker, in a week, you can find you have your 200,000 shillings in savings, others have more depending on how they work. I personally work between 7:00am-7:00pm and retire but at least I am able to save at least 200,000 shillings end of the week. Just imagine those who move past that and work for some extra hours,” Ssenfuka discloses.

According to Ssenfuka, Cashless transaction helps those with long-term objectives to save. 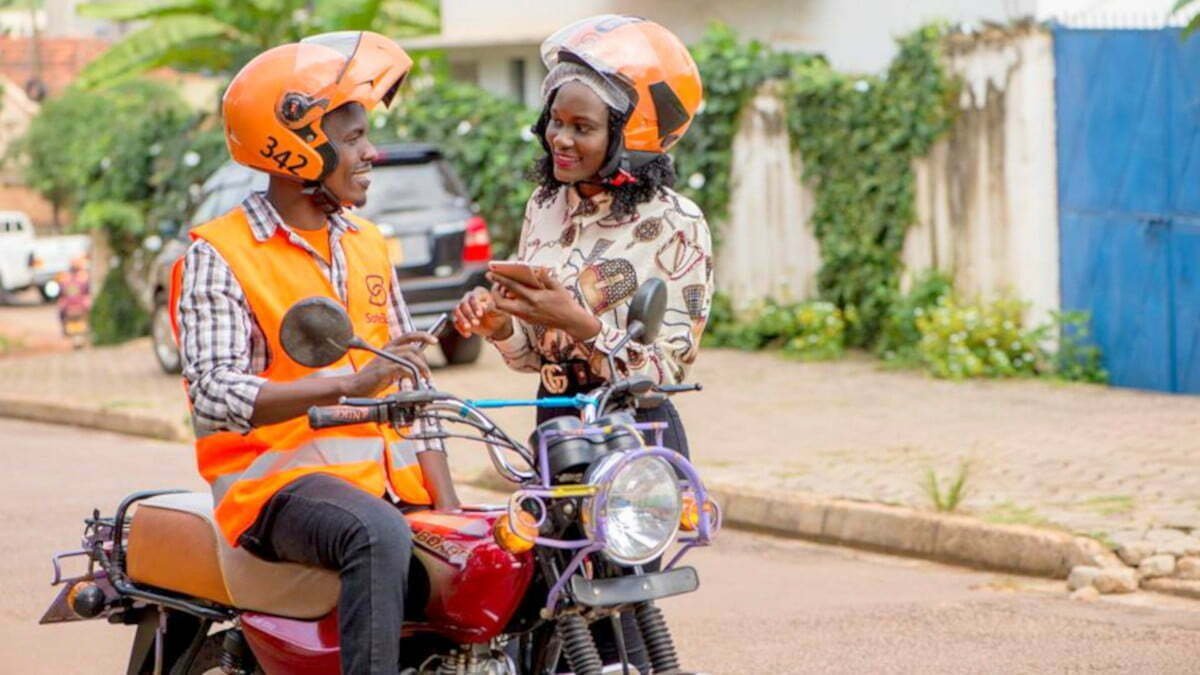 Nicholas Kamanzi, a FinTech Lead at SafeBoda says Cashless is a SafeBoda wallet that allows riders to top each other but also to save with ease. He says unlike mobile money, cashless transactions are devoid of transaction fees which make it easy and better for the users to do business.

Kamanzi discloses that there are more than 4000 SafeBoda riders who have the ability to give the cashless top up to clients. He however , says majority of their clients have not yet embraced the cashless wallet due to low literacy levels especially on technology and how it functions.

According to Kamanzi, once passengers begin to top up on their cashless accounts on their SafeBoda app as well as taking on cashless, riders will have more cashless money and savings will be easy.

When asked about the security of the funds, Kamanzi discloses that they sought advice from Bank of Uganda that advised them to enter an MoU with a Bank.

Currently, SafeBoda through Stanbic bank is able to save all riders’ money under the cashless service on an escrow account. Kamanzi adds that unlike Mobile money, it is easy for riders/ their families to receive the savings in case of any problem because they have all details of the riders including their next of kin.

According to Kamanzi, once the National Payment System (NPS) bill is enacted into law, it will enable their current e-wallet for cashless to thrive faster.

Shakib Nsubuga, SafeBoda’s Head of Innovations and Operations, observes that while they look forward to increasing the number of their riders, they ensure those already there have improved quality lives.

According to Nsubuga, they have been able to engage the riders on change of attitude especially to concentrate on more trips a day for customer friendly fares than more high cost of trip with less demand/ trips.

The World Bank projects Sub-Saharan Africa to garner an economic growth of 3.1 percent in ……READ MORE

Equity Bank is marking 10-years in Uganda, and to crown it, the bank has moved ……READ MORE