Kampala, Uganda | URN | Parents have expressed dissatisfaction with the manner in which the government has handled the ongoing Measles-Rubella mass vaccination campaign that started on 15th October 2019, across the country.

The five-day campaign is supposed to provide a booster dose for measles and introduce the rubella vaccine among children aged 15-years and below. During the same campaign, more than 8.2 million children younger than 9-months will receive the oral polio vaccine.

But a number of parents fault the government for organizing a mass immunization campaign without their involvement. William Kibirige, one of the parents in Kampala argues that even if the campaign is beneficial to the children, they should have been informed about it formally through the school administrators before it started.

In some instances, the number of parents declined to sign the forms that were sent by the schools, seeking their consent for the exercise. Melisa Nankunda, a parent at Taibah International Schools says that they received circulars informing them about the campaign, but remained sceptical on the ability of health workers to carry out the campaign effectively.

Margaret Mukisa, a grandmother to three children says that parents need to know what is happening to their children.

Paul Enyenu, a Deputy Headteacher at Hormisdallen Primary School in Kamwokya says that more sensitization is needed to inform parents about the importance of immunizing children against killer diseases. According to Enyenu, more than five pupils were not immunized at the school on Wednesday because their parents did not have enough information about the exercise.

Bernard Egesa, the Deputy Headteacher in charge of Academics at Kitante Primary School said they never communicated to the parents because they assumed all Ugandans were aware of the government campaign.

“This is a national campaign organized by the government. It was like the national pupil registration exercise that was carried out in 2017. We have been seeing advertisements on TV and hearing them on the radio, we assumed all parents knew.”

Parents or persons who stop children from being immunized can be held accountable to the law. The Immunization act of 2016 makes it mandatory for all learners to be immunized during routine immunization or during specific immunization campaigns. 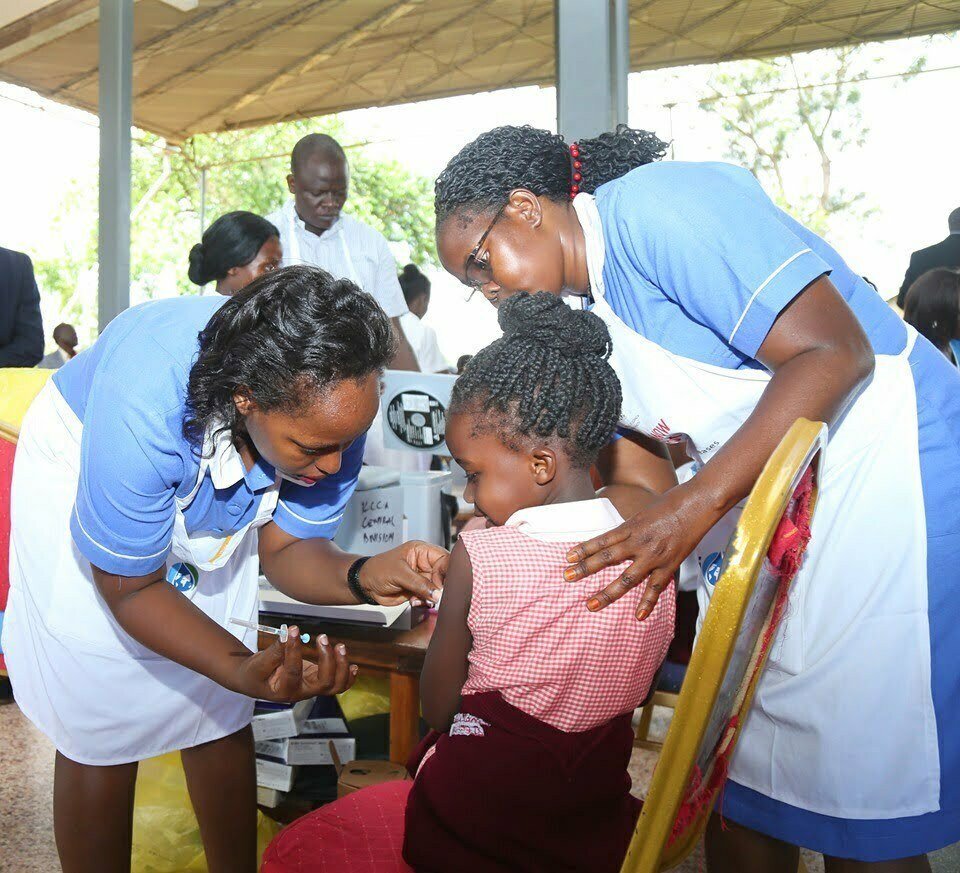 According to the act, persons who stop children from being immunized are liable to paying a monetary fine not exceeding 12 currency points which is equivalent to 240,000 Shillings or serving a six months’ jail sentence or both.

Dr Alfred Driwale, the program manager of the Uganda Expanded Program on Immunization (UNEPI) told this publication that parents should not be afraid to take their children to get immunized because the vaccines that are being used are safe and have already been approved by the National Drug Authority (NDA) and the World Health Organization (WHO).

According to doctors, Measles and Rubella if are not immunized against, can lead to seizures and even death. For rubella, it can lead to congenital heart issues. According to Dr Driwale, 60 per cent of the heart conditions that Ugandan children suffer from are linked Rubella that attacks pregnant mothers.

76% of hospitals fail to account for medicines – AG report

76 per cent of districts and municipal councils failed to account for over Shs 4.5 ……READ MORE